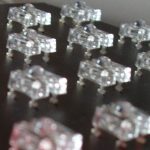 Here is the schematic of 8×128 LED message board and its simulation project for Proteus.
Previous parts of this saga can be viewed here, here, here and here. 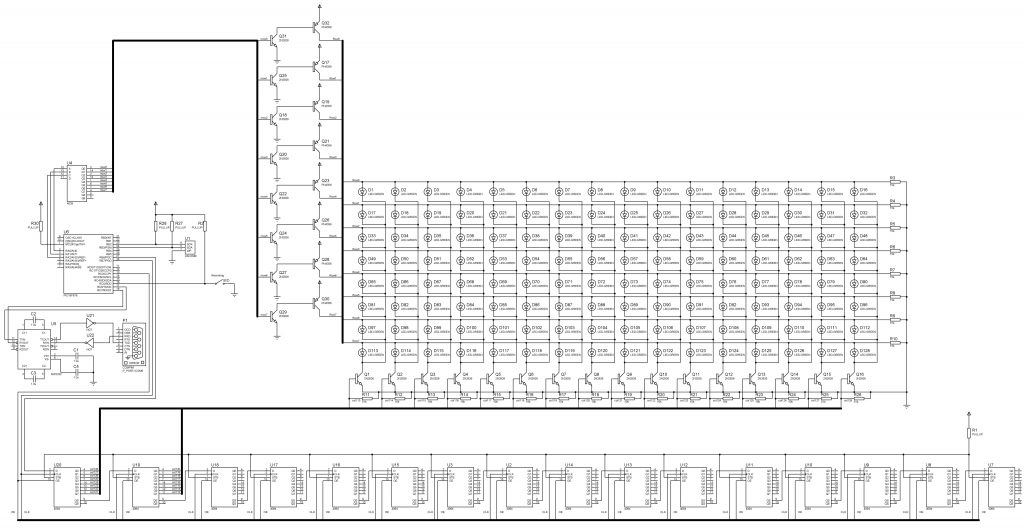 A few notes about schematic and simulation:

This scheme doesn’t differ much from previous schemes.
There are two main distinctions:

The first question is well described in comments inside ASM file, if you are interested.
Regarding the ability of flashing data into EEPROM:
1) There needs to be a custom flash tool with a nice intereface which will convert ascii string from the end user into a byte sequence and send it to a com-port. I had one but now it is outdated so I will only show a proof-of-concept.

2) To create an emulation as close to reality as possible you need to install com0com. It will create two connected together virtual com ports (let it be COM6 and COM7) 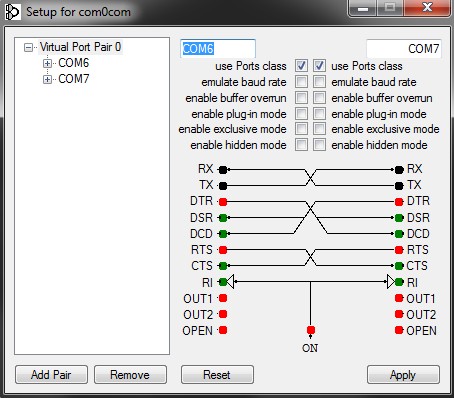 3) You need a convenient terminal emulator, which is capable to send series of hex numbers. I used Realterm.
4) Realterm and COMPIM should be set up for 9600 baud rate, 8 data bit, one stop bit, no parity control, no flow control. 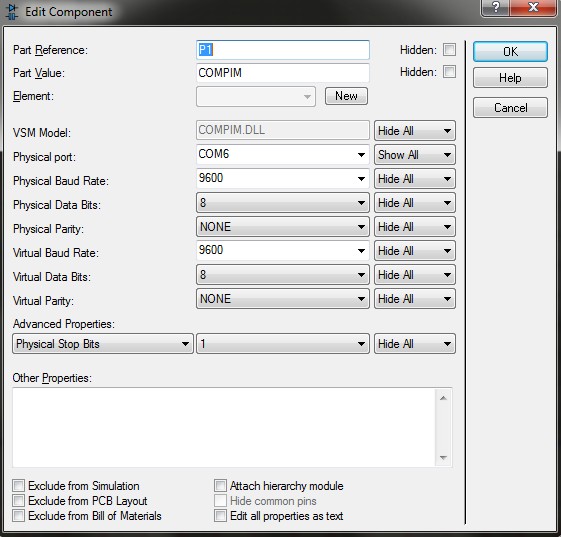 5) COMPIM should be connected to COM6 and Realterm should be connected to COM7 (or vice versa).
6) Once more – inverters U21 and U22 is not needed in real life. As I understand, MAX232 preforms signal inversion and each com port does the same. So, if you attach MAX232 to the PC com port – everything will work fine, but in simulation it seems that COMPIM does not understand inverted signal.

The firmware of the project in “Recording” mode waits for three bytes which then will be transferred to EEPROM.
The first byte is a control byte which always begins with “1010” and always ends with “0” (write operation). Remaining 3 bits are: 2 bits of the device address (I hope you grounded address pins of EEPROM and so, these bits should be “0”) and one bit of the memory address, because 24c04 has 512 bytes of memory and it needs 9 bits to address it.
Please check the datasheet for more information.
The second byte is an address within 256-byte page.
The third byte is a data byte.

So, for example, if you are writing only into first 256 bytes of memory from the beginning, the Control byte is remaining the same – 0xA0, address byte is incrementing from zero, and data codes are equal to ascii codes if you are using the same character generator. For the message “hello world!” we will have sequence:

0xCC is a command for message board to start over.

To program this phrase into the EEPROM you have to close “Recording” switch, wait for the PIC to become ready and then send space-separated hex digits to com-port as one line. That’s it.

There is no any check of data integrity or EEPROM operation status (ready or busy because of writing), but I have never encountered any errors, furthermore, I haven’t used any delays in clock subroutines, which are, nevertheless, present in the current firmware…

All notes about character generator and symbol codes from the previous project are valid, but now we have more space for symbol images and we place them into a separate bank ( after org 0x800 directive).
Now, the part of character generator, which reads codes from EEPROM, can recognize a special symbol 0xCC which means that the whole process should be started over (string runs from the beginning).
It is useful, when you have a string much smaller than EEPROM size.