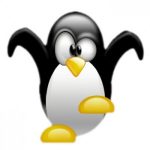 Linux… o, yeah…
Actually, the main reason of this blog is to be the place where I can whine about my bad experience with Linux.
I tried to use Askubuntu forums for this purpose, but my post was closed as not related to Ubuntu itself.
I tried to write about horrible things in power management on the Linux Mint forums and their blog – but was ignored.
Maybe there was a problem with my English, I don’t know 🙂

I have to emphasize that I am talking about Linux on a desktop, especially on a laptop.
I have no complains about Linux as a server operating system. I use it in a such way everyday and like it much.

There is an article on the Internet, which systematizes major Linux faults. It has shown the roots of many problems with Linux that bothered me. I can’t create such an article myself so I will describe only my personal experience, which for now began with this ACPI bug and ended with this bug.

Besides hardware problems there are horrible, unbelievable things in the user interface.
Most of the desktop environments are claims that they are “lightweight”. That means only the lack of controls.
For example, almost all (except KDE) desktop environments require me to use command-line tools to adjust touchpad sensitivity.

And have you noticed how suspend timer on Ubuntu 16.04 works?
If you setup your laptop to go to sleep on battery after, say, 20 minutes and prohibit it to sleep on the external power – what will happen if you switch off the plug after 20 minutes of inactivity or if the electricity goes down for a moment when laptop haven’t been used for a long time? The laptop goes to sleep immediately!

I’ve been forced to create a script, which moves mouse pointer when power source changes.
That was the only way I have found to reset sleep timer.

I think it is unacceptable for the LTS release in the year of 2016 for the “Leading OS for PS’s”, as they claim on their website.

Of course, there can be different points of view.
In some circumstances the flexibility of the OS may be more significant than convenience.
There are, of course, a plenty of other reasons that can add a weight to decision to move to the Linux, but for me, Linux on the desktop is a pain.

So why am I still trying to settle there?
I think there are three reasons.
1) People are often interested in a new things and trends in their field of interest. I’m an IT guy so I’m looking for a new software and new trends there.
2) Because of the (1) I am caught on some kind of advertisements such as Linux Format magazine which describes mostly positive sides of the Linux ecosystem.
3) Unity, Cinnamon, KDE – they are very nice-looking if you just look at them but don’t touch…