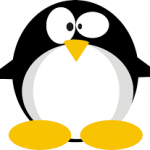 As I mentioned in the post about Cinnamon power management, I decided to give Linux a try one more time.
It happened after I had tried to install Windows 10 and those installation continued the whole night. Moreover, there was no any progressbar or something during the installation of OS and especially during the installation of updates.
After that I faced with horrible scaling problems on my external monitor. I installed LTSB version and maybe that was the reason why I also faced with unpleasant glitches during the resizing of windows…
Anyway, I decided to install Linux Mint 18.2 Cinnamon.
I decided to keep at it very hard, I even spent a few days to circumvent the most annoying problem for me – power manager.
But I have failed to stay on Linux Desktop. Again.

From my point of view Linux on a desktop reveals to user an endless stream of bugs and problems. Many of them block conventional usage of a modern desktop system.
No matter how many of them you’ve managed to fix, circumvent or put up with – Linux has more of them. A lot more. And a few more with the next update.

1) I would say, that even on basic level of usage Linux has one irritating feature – password requests.
User must enter his password when installing a new software or updating the system. Updates comes almost daily and it is difficult to turn them off (to turn off updates in Ubuntu Desktop is harder than in Windows 10).
Even UAC on Windows, which asks only yes/no is too much for me. But the requirement to regularly enter my password irritates me a lot.

2) Samba sharing, integrated with Nemo works horribly. It works under a different user than you and when somebody uploads files in your shared folder – you can’t delete them.
Basic settings, provided through the graphical interface are often not sufficient so I always actually operate samba server using config files. It’s not good.

3) At first the interface of default file manager looks nice, but after a few days of usage I understand that it lacks some features that were common since 2000.
For example, in Nemo you can only switch on or switch off thumbnails. You can’t switch them off for the List View, thought such small thumbnails are useless but take time to create them.

4) In default configuration Nemo was slow. It was significantly slow during entering and exiting a folder. It turned out that the problem was in additional plugins. When I turned them off – Nemo became quite fast again.
If I remember correctly the problem was in “additional media data for List View”.
Interestingly enough, this plugin slows down Nemo even when List View is not used.
Also beautiful that after the system update this plugin becomes active again (if update affects Nemo, I presume).

5) In Nemo I failed to do one of my usual tasks. I had a bunch of photos from my camera and I needed to delete bad shots.
I open a folder with a couple of thousands of images in Nemo using large thumbnails and look through them. When I see a chain of unsuccessfully taken images I select them by mouse or using shift+arrow and then press shift+delete.
You know what? Shift+delete works only five times. After that it does nothing. You must delete something using right-click-context-menu to enable shift+delete again.
What is this? How can this be?
This peculiarity prevents me from working with large number of files in Linux Mint default file manager.
In my opinion it concerns most of desktop software in Linux – it seems working unless you really embarked to work with it. After that it reveals its real nature – a pile of untested crap.
I can say this about LibreOffice too after I tried to simply answer a few interview questions using it. LO was unable to work with clipboard properly and damaged document after insertion of a plain text. Moreover – this damage couldn’t be undone using “undo”.

6) Nemo usually does not update thumbnail after it had been edited so it keeps irrelevant thumbnails which is very disappointing and misleading when you are working with images.

7) After problems (5) and (6) I decided to use other software to manipulate images. Fortunately there is XnViewMP, which is great, but…
But it also has a problem with hotkeys in Linux Mint. Its hotkey for “copy to folder” dialog works only few times and then you must use mouse. I don’t quite sure that there is no such problem in Windows because I use IrfanView there and it works like the law of conservation of energy.

8) I often connect and disconnect an external monitor to my laptop. There is no any problems with that on Windows.
On Linux Mint if I plugging in monitor which is switched on – the system sees it like 1024×768 unknown monitor and this resolution can’t be changed from the system’s interface.
If I plugging in monitor which is switched off – it is recognized properly, but not always.
If monitor wasn’t recognized during the first attempt – there is a chance that desktop shortcuts would be rearranged.
It’s not good at all. I can plug/unplug my monitor up to 5 times per day and I definitely don’t want 5 pain-in-the-ass fits per day.

9) It’s not a problem. It’s actually a happy solution of my old problem with Geany. I use Geany on Linux because it has the same lexer and some other features as my favorite Notepad++.
For several years (I think 5 years or more, but the usage was irregular) I had been irritated by peculiar reaction of Geany to double click on tab’s bar.
In Notepad++ or, I think, any other application with tabs the double click on the tab bar is used to open a new tab.
It unquestioningly works in Notepad++, but Geany sometimes opens a new tab and sometimes don’t.
WTF?
Now I finally got it.
I finally noticed that the tab bar is divided into upper and lower parts by invisible border and you must do your double click in upper part if you want a new tab to be opened.
The problem was solved but it lead me to melancholic thoughts about the quality and convenience of Linux software.

10) I am not quite sure in this statement, but…
I always liked and used system load monitors that can be placed in system tray in Cinnamon or Mate. I considered them as a advantage over Windows because I couldn’t find similar application there.
This time I noticed that Cinnamon sometimes began to work slowly. In particular it had an obviously slow rendering during drag-and-drop of a window. The repainting of moving window was so slow like there was no hardware acceleration at all.
This condition come and go without apparent reason.
I also noticed some slight twitch during video playback. The playback was unsteady though CPU load was far from its maximum.
I would have never thought that the problem is in the system-load-monitor applet, but I noticed the warning on the list of applets that this one uses system calls and may slow down the system.
Once I removed this applet I have never noticed such problem again.

11) After one update I noticed a problem with mouse pointer. It froze for about 100-300 msec each 15-20 sec. It looked like the pointer is stumbling during the steady mouse movement. Should I say that it was annoying and irritating?
After a couple of days which I spent in hatred, googling, swearing and rebooting my laptop I noticed that the problem somehow linked with external monitor…
It turned out that this was a consequence of the problem #8.
This problems can be seen only when external monitor is attached and only if I attached it when laptop lid was opened. I used to attach external monitor with opened laptop in order to prevent shortcuts rearrangement.
So I was forced to connect external monitor with laptop lid closed

12) I can’t find a way to print a pdf notice for the post office. There were two symbols on that notice that were always printed as empty squares.
I googled for about two days. Tried different pdf readers, installed msfonts. Tried to understand which fonts are causing problem – embedded or external, in which part of the system the problem is – on my laptop or on the print server.
I couldn’t find out what’s wrong let along solution.
Then I installed free windows pdf reader SumatraPdf using Wine and immediately was able to print my notice without any problems.
After that I gave up.